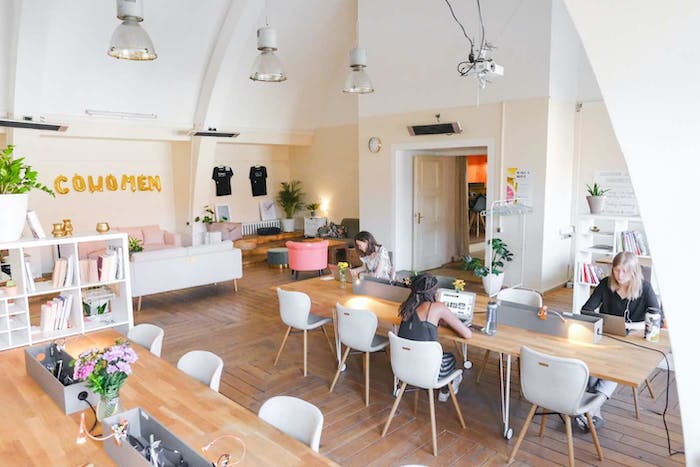 What is nonprofit journalism?

You may be familiar with journalism and probably even nonprofit organizations, but, when you combine the two, they become another thing entirely. While nonprofit journalism has been around for quite some time, it doesn’t, ironically, get a lot of airtime. That is, nonprofit journalism is all around you, but you might not even know it.

You’ve probably interacted with media put forth by institutions practicing as nonprofit journalists--they’re actually everywhere! Big and little, far and wide, nonprofits and journalism are a natural fit because they combine passionate people with refined skills, creativity, and the desire to work hard under a variety of circumstances.

And, in reality, nonprofit journalism is actually not all that complicated, though the distinctions are many.

The short answer: what is nonprofit journalism?

There are a plethora of organizations performing nonprofit journalism, including many that you’ve heard of. They include National Public Radio (NPR), ProPublica, and Mother Jones. Smaller organizations that have achieved some degree of status include High Country News, The Texas Tribune, The Reentry Project, The Public Herald, and The Marshall Project--although there are countless others doing fine work.

A brief history of nonprofit journalism

Essentially, as long as there has been journalism, there has been nonprofit journalism. In 1846, the Associated Press began when five New York newspapers joined forces to share reports from the Mexican-American War. Today, the AP is still a nonprofit. In 1974, The Chicago Reporter was formed, followed by City Limits Magazine in 1976. In 1977, the Center for Investigative Reporting, and then, in 1989, the Center for Public Integrity.

Since, there has been no shortage of nonprofit journalists and organizations--in 2013, a Pew Research Center identified 172 United States-based nonprofit news organizations in operation. Further research concluded at least one nonprofit news outlet in most US states, with a variety of focuses, including investigative reporting, government, and public and foreign affairs. Around 78% reported less than five full time paid staff members. Most publish online, though some also print.

Why focus on nonprofit journalism?

Journalism in general has experienced a significant decline, with more and more content moving to a less labor intensive online model. Journalists who once worked for major for-profit companies are finding work in other areas. For some, this means work in public relations or communications. For others, the shift to nonprofit journalism is an easy one.

Aside from the general job loss, nonprofit journalism has seen a rise because people are more apt to disbelieve traditional news sources. The idea of a company that doesn’t stand to profit as they report on current events appeals to many Americans who have lost trust in more mainstream media outlets. Organizations who are not subject to external forces, at least in theory, are better able to report the most accurate news.

In reality, nonprofit journalism may still offer biased coverage, especially if their donor base is associated with a particular political party or movement. And, as you may know, acquiring regular funding plays a major role in a nonprofit’s ability to operate. So is nonprofit journalism more trusted than other forms of journalism? Research says that name recognition actually does more for trust than nonprofit status. What does this mean? Nonprofit journalists that market their organization end up in a pretty good place.

Nonprofit journalists also sometimes have more creative freedom, allowing them to tell stories in more interesting ways--stories that may otherwise never be told in their complexity. Often, nonprofit journalists are able to better tell these stories because they employ subject matter experts who are well equipped to tackle massive issues like climate change or the presence or absence of weapons of mass destruction.

The best of nonprofit news

Although many of us benefit from and often read nonprofit news, it can be hard to gauge just how broad their scope is. The organizations producing nonprofit journalism are doing a great job, garnering a ton of recognition, including Pulitzers.

Overall, many more nonprofits won this year, reflecting a greater recognition of (and perhaps the improving quality of) nonprofit journalism.

Nonprofit journalism can be difficult to fund, especially in times of economic struggle. Without advertising, they may struggle to cobble together enough money to regularly produce news, especially since much of current events reporting relies on a reporter’s ability to travel. For many nonprofit journalism organizations, funding falls into three categories--circulation revenue, reader donations, and grant and foundation support. Many also choose to advertise, but it accounts for very little of the overall dollars that support an organization.

Circulation revenue can be difficult to predict, and, with so many free news sources available, can be difficult to secure. Grants and foundation support are a great source of funding, but they require research and work to put applications together. There is often a lot of competition for them, and it goes beyond nonprofit journalism organizations to nonprofits working toward other causes. Reader donations, especially when managed correctly, are a great source of funding, though the process of acquiring them can be time consuming and somewhat unpredictable. Still, they help raise organizational awareness (think about the various radio fundraising drives you hear a few times each year).

A diverse revenue stream is helpful for nonprofit journalism because multiple funding sources rarely fail at the same time. Combine a solid fundraising strategy with a sound financial plan and nonprofit journalists are in decent shape.

Not in it for the money

Like all other types of nonprofit professionals, nonprofit journalists are not in it for the money. Odds are, they’ve been forced out of more traditional journalism positions for any of a handful of reasons, deeply care about a particular cause, or feel passionately about creative storytelling. Almost all are committed to journalistic integrity, but they also know how to do it with shocking efficiency.

There’s truly something remarkable about reporting that happens in the absence (or near absence) of money, which can be a powerful sway. It is difficult to say whether or not nonprofit journalism will take over the business of reporting the news in the future, but nonprofit journalists everywhere are making a case for themselves.

3 ways you can support nonprofit journalism

If you, like many of us, benefit from nonprofit journalism, you may consider giving back to the organizations and people driving your content consumption. There are a number of ways you can do this, so there should be something for everyone. If you want to support the organizations that offer up the information you love, consider:

4 Types of Donor Analytics and What to Do With Them