Despite the historical decrease in worker unions, they’re piquing more interest as of late. Everyone from nurses to day laborers across the country are working to unionize in places where they haven’t previously. And, while nonprofit workers have not sought unionization on a large scale in the past, is it something they can do?

Since they are workers--passionate, awesome ones--they can indeed unionize if they desire. 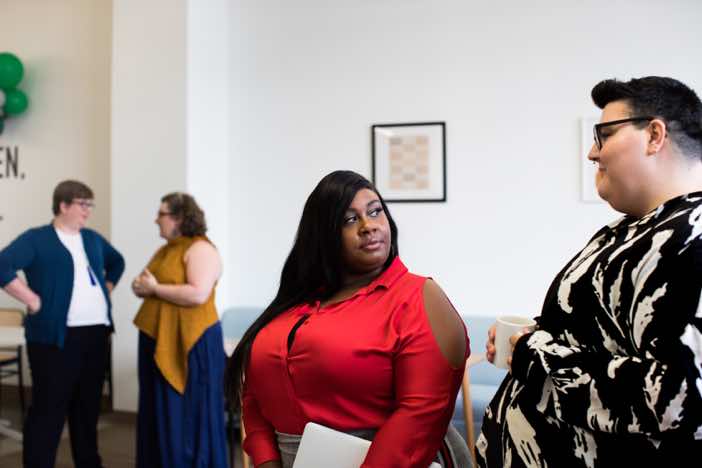 While unions have often been created for blue-color jobs, recent years have brought on a surge of white-collar unions. Workers of all kinds like unions because they shift the power in favor of those on the ground doing the work. In some nonprofit organizations, this isn’t an issue because the power dynamic tends to be different. Still, when the power is given to those performing the work, there is a potential for real change.

In large nonprofits that aren’t working as closely together, power dynamics can be more pronounced. Recently, employees at the National Center for Transgender Equality filed a complaint against the organization for retaliation. Staff initially asked for a voluntary recognition of their union, which was never given. They staged a walkout after a person of color was fired in what the complaint calls “a pattern of unequal treatment of workers of color” within the group. The employees, as the Nonprofit Professional Employees Union, were offered a buyout package (along with the rest of the staff), which they believe to be an effort to get rid of the unionizing staff--a severance for those who chose to go a different direction, according to executive director Mara Keisling. Now, the center has very few employees remaining.

The Southern Poverty Law Center has also been in the news for unionizing after both a co-founder and president left earlier in the year. The organization has said they will not voluntarily recognize the union.

While nonprofits mostly do meaningful work, they are not exempt from the same problems that befall other workplaces, which is why unions happen. It can be easy to think that the work is more important than the individual, but those creating the services are important too, which is why nonprofits are wise to think more holistically about the work environment they provide.

There has to be a balance between service and humanity toward workers, that doesn’t overemphasize the nastier aspects of for profit companies, like cost savings, money made, etc. Smart nonprofits treat their employees well because they’re genuinely grateful for the work they’re doing and recognize that committed employees are hard to find. They negate the need for unions by treating their people well and offering good management for both people and finances, often with the help of a nonprofit accountant.

Nonprofit organizations exist because we live in a society that doesn’t provide services to everyone who needs them. Nonprofits bridge the gap, often shifting a balance of power to prevent the abuse of some of the nation’s most vulnerable. Treating nonprofit employees well is the very least we can do.